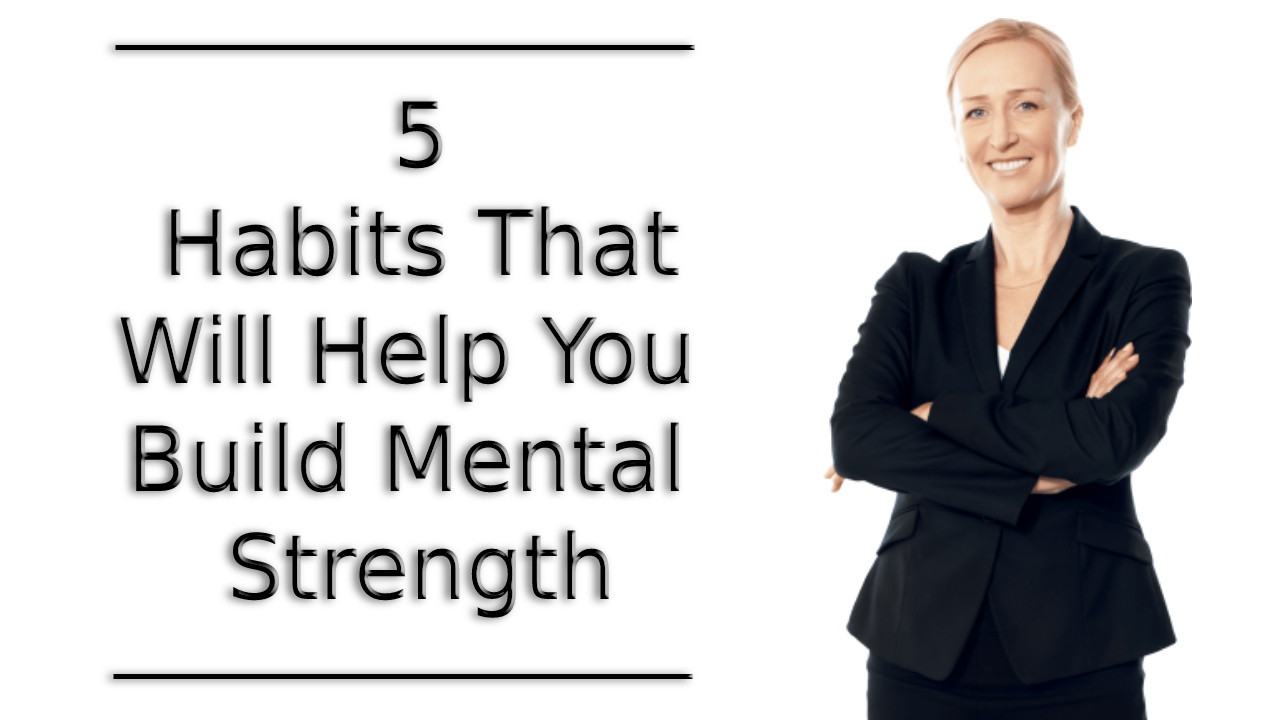 Whether you like to have more discipline in your life, or you’d like to be able to make good decisions under stress, the ability to be mentally tough and withstand the hardships of life is one of the most valuable skills you can learn, without it ,you go through life like a puppet, strung along by your circumstances, with no control over how you react to them, constantly jerked around by what happens to you, ends up not jerked in the way you’re thinking of Navy SEALs, athletes, CEOs and other high-level performers are at the top of their field because of this very skill. So it’s time for you to learn

1. Find Out What You Want To Do And Chase It With Everything You’ve Got: the easiest way to be mentally fragile, is to do something you don’t like it put you in a defensive and reactive mindset instead of an active offense of mindset, mental toughness is about being on the offensive. Even when you don’t have control over a situation, your reaction to a situation is your offense reacting negatively or acting as though you have no control over how you respond isn’t even defensive. It’s letting life hit you from behind with no Vaseline and no warning.  people who hate their job and are unsatisfied with what they’re doing in life are among the most mentally fragile they can’t make decisions for themselves that are used to doing what they don’t want and they are used to doing things for other people.

They live passively letting other people and circumstances, be in the driver seat. How you do one thing is how you do anything if you’re not on the offensive in your life, your training your mind to live passively and I don’t know about you but I’m in the driver seat of my life like a Ferrari F1 driver. The people who are the most mentally tough are the ones who are doing what they actually want to be doing. They found their own path and are walking it there not doing anything for the approval of other people or because they don’t want to disappoint others they’re doing it for themselves doing what you truly want to do and becoming the best version of yourself is actually the best way to be helpful to other people because when you are the best you, you can give that to others.

2. Focus On Your Response, Not Circumstance: You don’t get to control what happens to you. You only get to control how you respond to it that’s going to happen to you. It’s a guarantee, how you gonna respond to it. That is what matters. When things go bad. Are you going to be the person that people can rely on, or are you going to be relying on others i am going to tell you something that 99% of the population doesn’t understand. You can only ever rely on yourself. So the ability to make the right decisions under pressure is not only practical but necessary, if you want the things to go your way to harness the ability to be calm under pressure, and the only way to do that is to be radically focused on how you respond to the things around you. If you focus too much on the things themselves, you’ll wrap yourself up in self-pity, anxiety and worry how do you think your life will be then.

3. Never Forget The Big Picture:Most of what’s bothering you today won’t matter in one week, one month, one year or one decade. If you’re reading this your certainly on the younger side, and likely to have more than half your life left to go. Don’t let whatever bad thing that is going on today let you forget about how much more life you have the live and how temporary this current moment is human mind is no different than your caveman ancestors. Your mind is focused on its survival. In the present moment. This is why you feel anxious, worried, and in your head about negative things that happen in day-to-day life. Your mind wants instant relief. Right now it’s trying to protect you negative feelings protect you from danger from emotional discomfort and a slew of other threats acknowledge what your mind is trying to do, be grateful that your mind is working normally and trying to protect you but then you must acknowledge your path.

where you going? where you want to be in your life? what decisions do you need to make right now to get there. Are these temporary negative feelings going to be enough to hold you back from your mission. All of this same evolutionary chemistry going on in your brain also applies to pleasure as well. Nobody wants to maximize for pleasure. In the present moment want your short-term needs met immediately without your short-term security and pleasure. You won’t make it into the long term. You have to balance this caveman hardwiring and balance it with your long-term goals. Now that doesn’t mean you should become a robot, who was only about 24 X 7 work nonstop because life is short man, you can die at any moment, you don’t want to delay all the fun until you’re 40 years old, but you need to have a healthy balance of working on your long-term goals still having fun in the short term. Only you know what the best decisions are for you. I can’t make those decisions for you. Nobody can. This is what I’m trying to say it’s up to you to take responsibility for your own life,once you do that you’ll be free forever.

4. Conviction: Once you make a decision stand your ground. Don’t backpedal or change your decisions under pressure. This is a sign of low confidence, it means you’re not secure in your decision-making ability and when your decisions are put under the spotlight by other people. You quickly change to fit in all of your decisions should be carefully thought out and given the proper time and diligence to make sure you’re always doing the right thing you should stick to what you want and not fold under pressure of what other people want from you. Disclaimer. This doesn’t mean you’re not open to discussion, or having your mind changed.Here i’ll explain why he did what he did or why he thinks what he thinks you will also be open to feedback and other people’s reasoning. If others reason well don’t change his mind in the face of new better information, but he’ll never change his mind because of peer pressure, which brings me to my final point.

5. Remove Your Ego From The Equation: it’s easy to confuse being mentally tough with being stubborn dismissive of other people or even downright arrogant. It’s exactly the opposite being mentally tough means that your humble enough to listen to other people’s perspectives and be radically open to change. Brightness comes from change changing yourself over time. Changing how you do things and changing what you do, other people and their suggestions are a big part of making these profound changes thinking you know everything in your some sort of special breed of person will only harm you in the long run it’ll make you overconfident and arrogant. Not to mention you’ll be a huge deuce bag that nobody will want to be around. Trust me, I’ve had the lightning strike a few knuckleheads like that here in Mount Olympus. Most importantly, guys with big egos are usually using their egos a way to avoid change they want to avoid facing their insecurities, avoid being vulnerable and avoid the idea that other people might be right.

Being mentally tough also means being mentally malleable. changing the way you operate, being vulnerable and honest when you need help from others, being humble enough to admit when you don’t know something. This is one of the most mentally tough things you can do. It’s uncomfortable to change to admit your flaws and insecurities to open up to people to show vulnerability to other people, but it’s one of the most mentally tough things a person can do. The reason you feel discomfort when doing these things is because it’s painful to change your perceived sense of identity, but sooner or later, your sense of identity no longer serves you, and it even starts to harm you, you must bear those negative feelings because it’ll make you a stronger better person in the long run and at the end of the day we are all just actually wait.

You are all just a bunch of mortals on one of my many planets were all insignificant. I mean, you’re all insignificant anyways, oh it’s this egotistical deuce bag again. Time to get rid of you to see that even a guy like me has to get rid of his ego sometimes so we can move on with a better life. What I’m trying to say is don’t hold on too tidy to your ego or sense of identity because more often than not it’s the thing that’s holding you back and there’s nothing more mentally weak than being resistant to change, you gotta be able to move on. Speaking of which, time to move on from this article and go into the world with your new sense of mental toughness. So, in summary, focus on your response, not circumstance. Never forget the big picture. Find what you want to do and chase it with everything you got, conviction, remove your ego from the equation.

If you enjoyed this article. give a thumbs up and share with your friends so we can keep making them for more article like this. Thanks for reading.