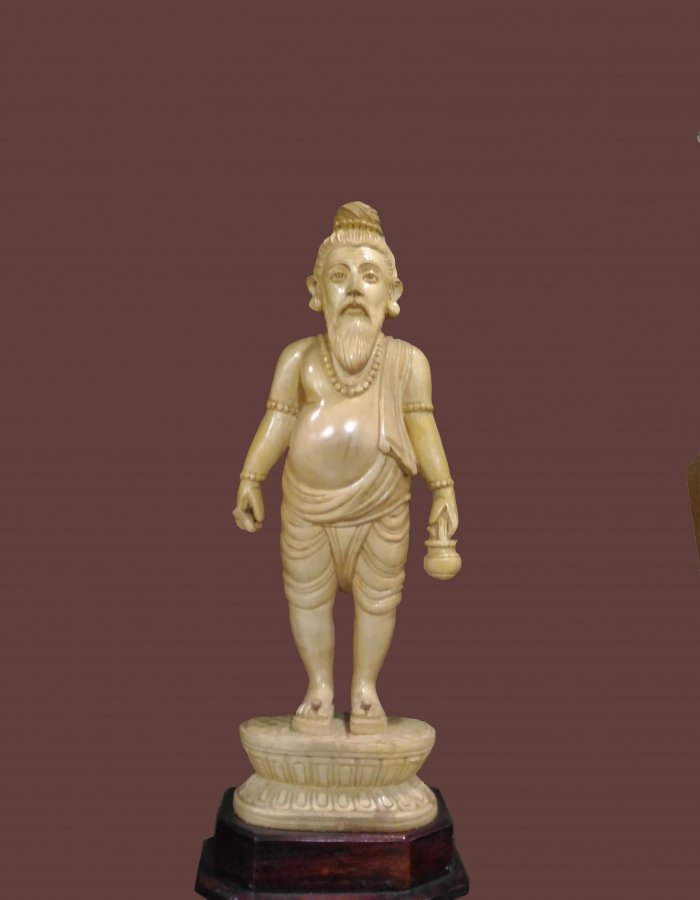 Agastya was a revered Vedic sage of Hinduism. In the Indian tradition, he is a noted recluse and an influential scholar in diverse languages of the Indian subcontinent.

Agastya was a revered Vedic sage of Hinduism. In the Indian tradition, he is a noted recluse and an influential scholar in diverse languages of the Indian subcontinent. He and his wife Lopamudra are the celebrated authors of hymns 1.165 to 1.191 in the Sanskrit text Rigveda and other Vedic literature. Agastya appears in numerous itihasas and puranas including the major Ramayana and Mahabharata. He is one of the seven or eight most revered rishis in the Vedic texts, and is revered as one of the Tamil Siddhar in the Shaivism tradition, who invented an early grammar of the Tamil language, Agattiyam, playing a pioneering role in the development of Tampraparniyan medicine and spirituality at Saiva centres in proto-era Sri Lanka and South India. He is also revered in the Puranic literature of Shaktism and Vaishnavism. He is one of the Indian sages found in ancient sculpture and reliefs in Hindu temples of South Asia, and Southeast Asia such as in the early medieval era Shaiva temples on Java Indonesia. He is the principal figure and Guru in the ancient Javanese language text Agastyaparva, whose 11th century version survives. Agastya is traditionally attributed to be the author of many Sanskrit texts such as the Agastya Gita found in Varaha Purana, Agastya Samhita found embedded in Skanda Purana, and the Dvaidha-Nirnaya Tantra text. He is also referred to as Mana, Kalasaja, Kumbhaja, Kumbhayoni and Maitravaruni after his mythical origins

There are no reviews yet.